Saving Faces and NFORC attended the BAOMS with AAOMS Annual Scientific Meeting 2019 on the 3rd and 4th of July 2019 at The International Convention Centre in Birmingham.

The event was joined by many Oral and Maxillofacial Surgeons (OMFS), including both consultants and trainees.

The conference focused on diversity and inspiring women in maxillofacial surgery with Mr Satyesh Parmar, Consultant OMF Surgeon and President of BAOMS, introducing Nobel Prize winner Malala Yousafzai. Malala explained, “a life without an education, I would never be able to fulfil myself – only known as someone’s sister or wife. That’s why I decided to speak out. I could have stayed silent but it would have had worse consequences.” (Malala’s quote taken from BAOMS)

Our researchers informed delegates on the progress of all the current NFORC research projects within OMFS and how they could get involved.

Thank you to BAOMS and AAOMS for hosting yet another successful conference and to all the delegates who came to our stand. 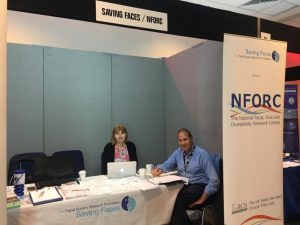 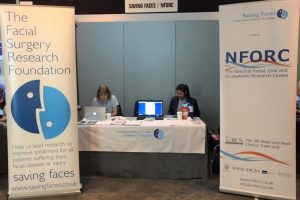 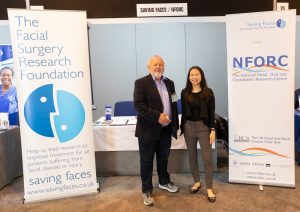