This study is for patients with early oral cancer who have no evidence of their cancer having spread to the neck. Oral cancer is one of the few cancers that are becoming more common. The chances of surviving the disease are halved when the tumour has spread (metastasised) to the lymph nodes in the neck. Microscopic metastasis can be missed even with very detailed modern scans such as ultrasound, CT or MRI. Therefore, most patients with no apparent neck metastasis have until recently had all the neck lymph nodes on the tumour side removed. This prophylactic surgical procedure is known as an elective neck dissection (END).

An alternative approach for oral cancer patients with an apparently cancer free neck is a sentinel node biopsy (SNB). A sentinel node is generally the first lymph node to which cancer cells spread from a primary tumor. There may be more than one sentinel node. A SNB is a procedure in which the sentinel lymph node or nodes are identified using an approved radioactive tracer. They are then surgically removed, and examined to determine whether there has been microscopic spread of cancer into the lymphatic system. If the sentinel nodes are free of cancer, the cancer is unlikely to have spread. In about 7 out of 10 patients the sentinel nodes prove to be cancer free and an END is therefore considered unnecessary, However, about 3 out of 10 patients the SNB reveals sentinel node metastases. These patients must have a second operation (completion neck dissection) to remove the remaining lymph nodes in the neck as they might also be affected by cancer.

The national institute of clinical excellence (NICE) has recommended that all patients with early oral cancer should now be offered SNB instead of END although there have been no studies that have directly compared the two procedures in terms of 1) how well they treat disease 2) how they affect patients’ recovery. We and many surgeons in the UK do not feel that there is currently enough evidence to stop performing END in oral cancer patients. We would like to undertake this study to carefully collect the evidence that will demonstrate what is best for patients.

Pros and cons of the treatments

END
Although END can be straight forward the surgery can take up to 4 hours. At least a quarter of patients who have an END complain of pain in their neck or shoulder, have unsightly scar, or have complications requiring an extended stay in hospital.

SNB
Recovery following SNB is extremely quick with a low complication rate of about 3 patients in a hundred. Sometimes the sentinel node is not on the same side as the primary tumour. SNB therefore provides an opportunity for surgeons to detect and remove neck metastasis that would not have been in the field of an END. This may happen in up to 1 in 10 cases.

In patients who are found to have neck metastases, the second operation is undertaken up to 3 weeks after the original SNB. This surgery is more technically challenging because of the previous operation.

On balance SNB has the promise of reducing the amount of surgery for about 7 out of 10 patients. However, studies have shown that that about one in ten SNB misses the metastasis and gives a falsely reassuring result. These patients present later with recurrence in the neck and require intensive treatment such as chemotherapy and radiotherapy as well as more surgery to clear the disease.

New developments
There is now a new sentinel node tracer that will be soon available in the UK (Lymphoseek). This seems to vastly reduce the chances of getting the wrong result and so should minimise the number of patients that get a recurrence after SNB.

The national institute of clinical excellence (NICE) has recommended that all UK patients with early oral cancer should be offered SNB instead of END.

Previous research
To date there have been no studies that have directly compared the two procedures in terms of 1) how well they treat disease 2) how they affect patients’ recovery.

We and many surgeons in the UK do not feel that there is currently enough evidence to stop performing END in oral cancer patients and so we would like to carefully collect the evidence to decide what is best for patients.

Proposed study design
Fifteen hospitals will participate and 420 patients who have been recently diagnosed with early oral cancer will be invited to take part. Patients will be allocated by computer to receive either the standard treatment (END) or a SNB using Lymphoseek. After the surgery patients will be closely monitored to assess whether SNB and END are equally effective treatments for the cancer.

Outcomes
We expect that SNB with Lymphoseek will provide a better outcome for patients than END in terms survival, but we do not know that this is the case. The main aim of this trial is therefore to compare SNB to END with a view of demonstrating that it is not clinically worse than END with regards to 2-year survival. A non-inferiority margin is the maximum difference between END and SNB that we would be prepared to accept if the new treatment is not to be considered (clinically) inferior. We are considering setting this at 5%. This means that not more than an additional 5 out of 100 patients would die within 2 years of treatment in the SNB group.

Their recovery will be assessed using patient reported outcome measures and questionnaires. Alongside this we will measure disease recurrence, shoulder function, general health outcomes, health service costs, and complications. Results will be closely monitored and reported regularly at scientific meetings and in the medical and public press in the medical and public press 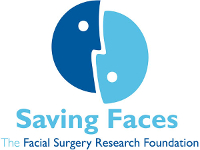